As one of the most unaffordable states in the United States, California is no stranger to affordable housing shortages. Demand for more affordable housing in California is a burden held by major cities such as Los Angeles and San Francisco. Due to the high cost of single-family homes in California, a majority of the population rent. Lawmakers have attempted time after time to step in to protect both landlords and renters, but finding mutual ground is an uphill battle.

Let’s take a look at some California legislation that has been proposed over the years and contributes to the market’s multifamily value.

Proposition 13 was enacted in 1978 and limits California property taxes, including commercial properties, to one percent of a property’s cash value and limit annual increases to no greater than two percent. Properties built before 1975 were valued at the time Prop 13 passed. If ownership of said property is to change or major construction changes are made, the property is reassessed at the date of exchange to the current market value based on the property’s land and improvements.

What it means for investors:

This decade-old tax break proposition has placed California as the fourth-most unequal state, and has been said to have reduced California’s property taxes by more than 50 percent. It has shielded commercial properties from hefty tax increases, while also protecting homeowners from California’s rising real estate values.

Although it didn’t pass, Proposition 15, or the split roll initiative, served as a partial repeal to Prop 13, applying to only commercial and industrial properties worth more than $3 million, giving California a much-needed source of revenue during the current economic hardship brought on by COVID-19. If passed, Prop 15 was anticipated to generate as much as $12.4 billion annually, with 60 percent dispersed to local communities and 40 percent to schools. Due to the COVID-19 pandemic, California boasts a $54 billion deficit as state revenues dropped $41.2 billion, compared to January 2020.

What it means for investors:
Prop 15 demonstrates the efforts to update California’s infrastructure. Many believe this proposition, if enacted, would have sparked new housing developments during a time the state desperately needs it, with 150,000 homeless people living unsheltered in California. A study conducted in 2018 by University of California, Santa Cruz found that vacant properties with near-market value were five times more likely to be developed than properties with 1970s or 1980s assessments.

Passed in 1995, the Costa-Hawkins Rental Housing Act enacted and allowed for local California governments to utilize rent control and protects a landlord’s right to raise rents to market rate after a tenant vacates a unit. Singlefamily homes and condos are exempt, and cities are prevented from establishing rent control on apartment buildings built after 1995. These rent control policies exist in Los Angeles, Culver City, Inglewood, Santa Monica, and West Hollywood.

What it means for investors:
Costa Hawkins protects landlord’s rights to rental increases, allowing for building upgrades and profitability. Some argue that Costa Hawkins puts sensible restrictions on local policies that play into the overall housing market, which explains why the various attempts to repeal Costa Hawkins have failed.

Another legislation that did not pass was Proposition 21, or the Rent Affordability Act, which proposed statewide rent control in an attempt to solve California’s shortage of affordable housing. According to U.S. Census data, over 56 percent of California families spend 30 percent or more of their income on rent. The ballot initiative proposed to overturn the Costa-Hawkins Rental Housing Act. If passed, Prop 21 would have allowed cities to implement stricter forms of rent control than under the Costa Hawkins Act, by establishing rent control on multifamily properties built after 1995, but exempting buildings constructed in the last 15 years. Further, rent control policies would have applied to single-family homes and condos, if owned by corporations.

What it means for investors:
This wasn’t the first attempt to repeal the 25 yearold Costa-Hawkins Rental Housing Act. In fact, Prop 21’s predecessor, Proposition 10, was rejected by nearly 60 percent of voters in 2018. Opponents believe the sudden policy change in cities with rent control could deter developers and furtherconstrain the California housing shortage.

As a COVID-19 commercial rent eviction moratorium bill, SB-939, was proposed in May 2020 as an urgency statute. The bill makes it unlawful to evict commercial tenants due to non-rental payments from COVID-19, in addition to enforcing existing lease terms and provides tenants with a new, complete affirmation defense in unlawful detainer proceedings. SB-939, ultimately, did not pass. Statewide, this legislation would have brought relief to struggling commercial real estate tenants by prohibiting evictions during and even after the COVID-19 pandemic. It would have been in effect for at least 22 months from March 2020 to December 31st, 2021, or two months after the end of the state of emergency, whichever occurs later.

What it means for investors:
Although the bill intended to prevent widespread closures of restaurants, cafes, bars, entertainment venues, and other businesses affected by the economic shutdowns, landlords believed it put the financially liability on them. Lawmakers grew concern for small businesses and nonprofits after SB-939 did not pass, claiming “if SB-939 isn’t the answer, then we need to come up with other answers.”

The Tenant Protection Act of 2019, or AB-1482, was passed in 2019 allowing for statewide rent control and “just cause” evictions until 2023. Annual rent increases are capped at seven percent plus inflation, landlords can only evict for “just cause,” and expanded rent control policies to areas where homes were not already covered by local rent control policies, along with apartments, and some singlefamily housing. Houses constructed in the past ten years are exempt.

What it means for investors:
Many economists have argued that rent control can make problems worse for renters as landlords suffer from reduced profits, ultimately deterring interest in rental properties. Additionally, the California Rental Housing Association argued that California should prioritize building more housing to bring down costs as opposed to guarding excessive rent increases.

California’s notoriously unaffordable housing market has caused lawmakers to look for solutions, such as Prop 15 and AB 1482. These legislations continue to demonstrate California’s attempts to restabilize and lessen the gap between affordable and unaffordable. But while lawmakers, landlords, and tenants struggle to find common ground, California continues to suffer the consequences. Only time will tell if these legislations will actually encourage or deflect new housing development, and in the meantime, California will continue to find ways to protect tenants. 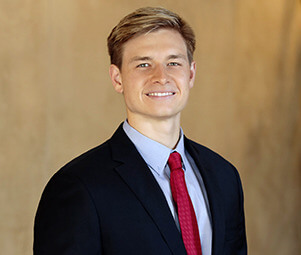