Florida has made monumental waves in the hospitality market in the past decade. Orlando being home to some of the most famous theme parks in the world is one of the biggest contributing factors to the state’s overall economic well-being. The continuous investment from theme park principals is key to keeping the attractions relevant and ensuring that Orlando remains a top travel destination. Additionally, Walt Disney World is one of the largest employers in the area aiding in job supply and overall economic prosperity.  Conventions, trade shows, and other group meetings in Orlando are also imperative drivers outside the theme parks and help offset the effects of seasonality in leisure travel. The Orlando International Airport is the busiest airport in the state and among the top 10 busiest origin and destination airports in the country. The affordable flights to the area, as well as easy access to Port Canaveral, the second busiest passenger port in the world, have also made Orlando a gateway city for the cruise industry. The leisure and hospitality sector accounts for 20 percent of the area’s overall employment.

Orlando is not the only driver of the state’s overall economic prosperity. Fort Lauderdale, located in Broward County, is the second most populous county and has the second largest labor force in the state. Fort Lauderdale’s hospitality industry is supported by the area’s beautiful beaches, the Broward County Convention Center, and Port Everglades- the third busiest cruise port in the world. The Fort Lauderdale-Hollywood International Airport, the third busiest airport in the state, is also an important gateway for the hospitality and local business industry. Another major city in the area that contributes to the state’s flourishing hospitality industry is Jacksonville. Jacksonville has over 300 hotel properties located in the area, making it a vital aspect involved in the overall Florida Hospitality Market. With 14 properties currently in reconstruction and are predicted to be finished in 2023, reflecting an interest in development and an overall increase in supply.

Overall, Florida has made strides in the hospitality industry by marketing itself as a top tier travel destination for both United States citizens and global visitors. The state’s world-famous theme parks, booming economy and job growth, hundreds of miles of vast coastline, hotels, and airports make it an ideal place to live, visit, and play.

Hurricane Ian has brought on life-threatening conditions to the Florida area. Airlines have cancelled over 1,700 flights over the September 30th weekend. According to Travel Pulse, the airports dealing with the largest impact of the storm include facilities in Orlando, Charlotte, Charleston, Jacksonville, Atlanta, and more. Cruise lines and theme parks in the Florida area have also been negatively impacted by the upcoming storm. Three major Florida ports have been closed off, forcing cruise lines to extend their voyages and stay at sea. The storm has also resulted in Universal Studios being left underwater including several of its roller coasters. The National Weather Service has said that Hurricane was one of the strongest hurricanes to ever strike in the United States, reaching maximum sustained winds of 150 miles per hour, heavy rain, and flash flooding. There will be several damages that will need to be fixed after the flooding has subsided, an effect to hospitality is guaranteed, but the magnitude is unknown.

Orlando, Fort Lauderdale, and Jacksonville all have unique attributes that make them an essential part of the state’s overall economy, especially that of the hospitality sector. The Covid-19 pandemic had several negative impacts on each of the cities, since Florida is a premier travel destination.

Orlando’s hospitality revival lagged the recovery in Florida’s beach markets and the industry as whole, which can be heavily contributed to the shutdown of the city’s famous theme parks. Orlando has made a great recovery in 2022, a recovery made possible by the return of group meetings and growing international travel.

Fort Lauderdale began to recover from the pandemic in the spring of 2021. The recovery in leisure travel lifted summer 2021 to record numbers for Fort Lauderdale hotels. More monthly records were broken the start of 2022, thanks to robust Spring Break travel. Growth rates began to slow down at the start of Summer 2022, but the outlook remains positive for the Fort Lauderdale market.

Lastly, Jacksonville’s economy was profoundly impacted by the pandemic. The monthly occupancy rate dropped to 26.3 percent in April 2020. The city has been recuperating but was down by four percent as of July. There have been 43 hotel trades this past year in the area, way above the recent norm, showing overall investor activity at an all-time high reflecting the attractiveness of the hospitality market in Jacksonville. It will be interesting to follow the market activity as we move into 2023 as an increase in construction and overall supply could affect demand and overall RevPAR.

­Orlando’s hotel pipeline is slowing down after years of rapid inventory growth. The largest property under construction is the Conrad at Evermore Resort, which is set to open midway through 2023. There are also more than 60 projects totaling almost 11,000 rooms all currently in the planning and proposed phases of the hotel development pipeline, 14 of these hotels are set to open sometime in 2023.

Fort Lauderdale’s room inventory has steadily expanded by approximately 1,000 rooms each year since 2017. The city added 10 new properties with over 1,100 rooms in 2021, the largest of which is the 196-room Marriott Fort Lauderdale Airport. New hotels have opened since the beginning of 2022, two of which include the Fort Lauderdale’s third new AC Hotel by Marriott and the Four Seasons Hotel and Residences. As of right now, there are 8 properties with 1,700 rooms under construction in the city. There are also more than 30 projects with nearly 5,000 rooms in the planning phases.

Jacksonville has a much smaller percentage of current developments and construction compared to Orlando and Fort Lauderdale. The city currently has 14 properties under construction with approximately 1,500 rooms.

Orlando sales in 2022 have been greatly driven by a few large portfolio sales. Almost half of all trades through July were Economy properties, and half of those were in the Kissimmee area. The largest sale as of recent was in March when the Wyndham Grand Orlando Resort Bonnet Creel sold for $120.5 million. This sale was the largest transaction in the city since the Four Seasons Resort Orlando at Walt Disney World sold for $610 million. Monarch Alternative Capital, an institutional investor out of New York, has been very active in the Orlando market starting with the acquisition of two distressed properties from Eagle Hospitality Trust in the middle of 2021. Monarch has purchased several more Orlando hotels since then and has become a major driver of sales growth for the area.

Sales in the Fort Lauderdale area in 2022 were led by the 171-room AC Hotel by Marriott Fort Lauderdale Beach, which sold for $74.3 million. Following this, two more large trades occurred in April of 2022. These included the 96-room Kimpton Fort Lauderdale Beach Resort, acquired for $35.3 million, and the Bonaventure Resort & Spa which was sold to Gables Residential for $50 million. Hotel sales volume in 2021 exceed pre-pandemic levels, with an average transaction of $11 million during the year.

Jacksonville sales volume hit a high of $90 million at the beginning of 2022, which is very promising for the industry. The price per room has also increased substantially, and experts have forecasted that the rate of rooms will continue to rise over the next few years. The city had 20 notable sales over the past 12 months averaging out to $8,169,960 per transaction.

The outlook for the hospitality industry in Orlando, Jacksonville and Fort Lauderdale is overall positive, and the results have completely overcome the negative sentiment regrading travel projected in 2022 and 2023. The sales volume and market sales price per room are currently growing at promising rates and experts have forecasted that these rates will continue increasing over the next four years. Florida has been, and still is a great location for the hospitality industry thanks to its beautiful white sand beaches, famous theme parks, flourishing dining, and one-of-a-kind shopping experiences. Each of these cities have proven that Florida has a trajectory of growth and resilience for hoteliers. 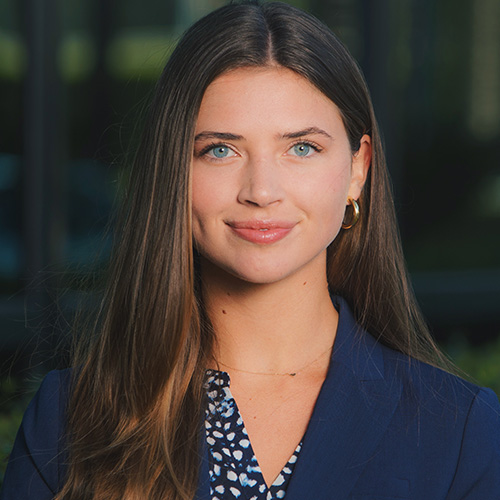 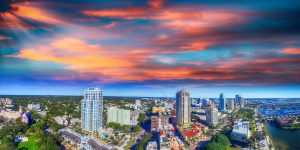