How Retail is Faring in Florida

How Retail is Faring in Florida

Florida’s retail environment has long benefited from being a destination hot spot, with millions of travelers shopping in the Sunshine State daily. Retail demand has surged after a strong recovery throughout the state. Owners are capitalizing on strengthening fundamentals by raising rents quickly, ranging from 7.4 percent (Tampa) to 10.4 percent (Fort Lauderdale) year-over-year. Vacancies are between 3.2 percent (Miami) to 4.1 percent (Fort Lauderdale. Miami has a robust pipeline, with 3.5 million square feet underway. This has ranked the metro among the top markets in the nation for retail construction, along with Dallas-Fort Worth and Houston. Vacancies and rent growth are expected to remain intact as much of the development pipeline is preleased. 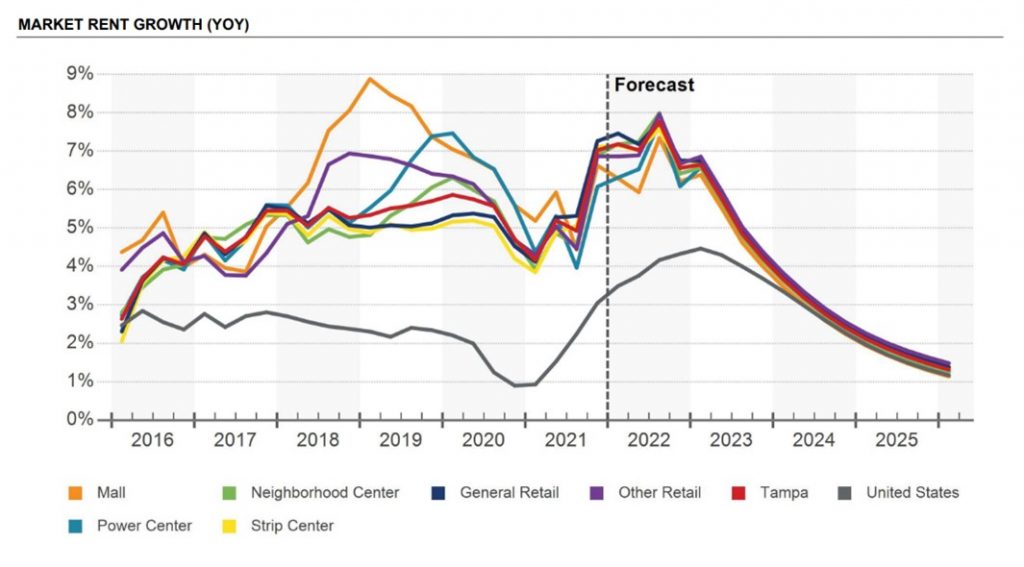 Miami’s average price per square foot is $420, above the metro’s pre-pandemic average. Orlando’s 740 retail sales in the last 12 months totaled $1.7 billion. Orlando trades primarily involved private buyers in the past year. Fort Lauderdale made a record achievement in Q4 2021, with $1 billion worth of retail assets changing hands. Investors are hungry for retail in Tampa as they target deals in secondary markets, resulting in the price per square foot growing ten percent year-over-year. 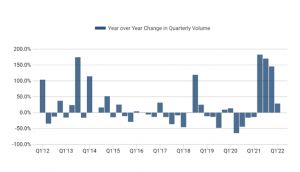 Though the market is improving, Florida retail still faces some challenges as the metro is dependent on traveler spending. However, pricing power should remain in favor of landlords in the near term as fundamentals continue to improve.

Leasing volume has improved, with grocery stores and discount retailers driving most leasing activity in Florida, including:

A world-famous luxury shopping district, Lincoln Road, in Miami Beach, may soon welcome new routine customers. Two developers have received approval from the city of Miami Beach to transform Lincoln Road with the addition of new office buildings on the strip. Residents will vote in the upcoming November election to give the final decision.

How Cannabis is Entering the CRE Pipeline

What to Know About the Cannabis Real Estate Industry The...
Read More

What We Learned in the First Half of the...
Read More

How Drive-Thrus Became so Popular The quick-service restaurant industry is...
Read More

Build-to-Rent: The Next Big Thing

What is Build-to-Rent? As demand drivers change, incomes shift, and...
Read More

Nashville Retail Market Overview As one of the fastest-growing economic...
Read More