With one of the lowest vacancy rates in the nation, Santa Barbara has above average earners helping support high rents. Rents were expanding in the years leading up to the pandemic, with 2018 rents growing 4.8 percent and 3.8 percent in 2019. In 2020, rents rose a mere 0.4 percent, and the average rent sits at $1,910 per month. Few apartments have delivered in the last decade, but there is currently a 360-unit apartment community that recently broke ground in Santa Barbara. Although sales volume slowed in 2020 since mid-March, the robust sales activity prior to the outbreak should help keep Santa Barbara’s fundamentals healthy. Primarily consisting of single-family housing, Ventura County is met with local opposition for development, with initiatives such as Ventura County’s Save Open Space and Agricultural Resource preventing developers from adding new supply. Only a few new communities are expected to deliver over the next two years. Ventura sees limited job and population growth in the next five years, which will ultimately increase vacancies. As job growth commonly affects vacancies, recent job losses could also decrease apartment demand. However, rents initially retracted due to the pandemic but shortly regained momentum, with a 4.9 percent growth over the last 12 months. Despite local opposition, investors continue to eye Ventura County for its proximity to Los Angeles and value-add opportunities. 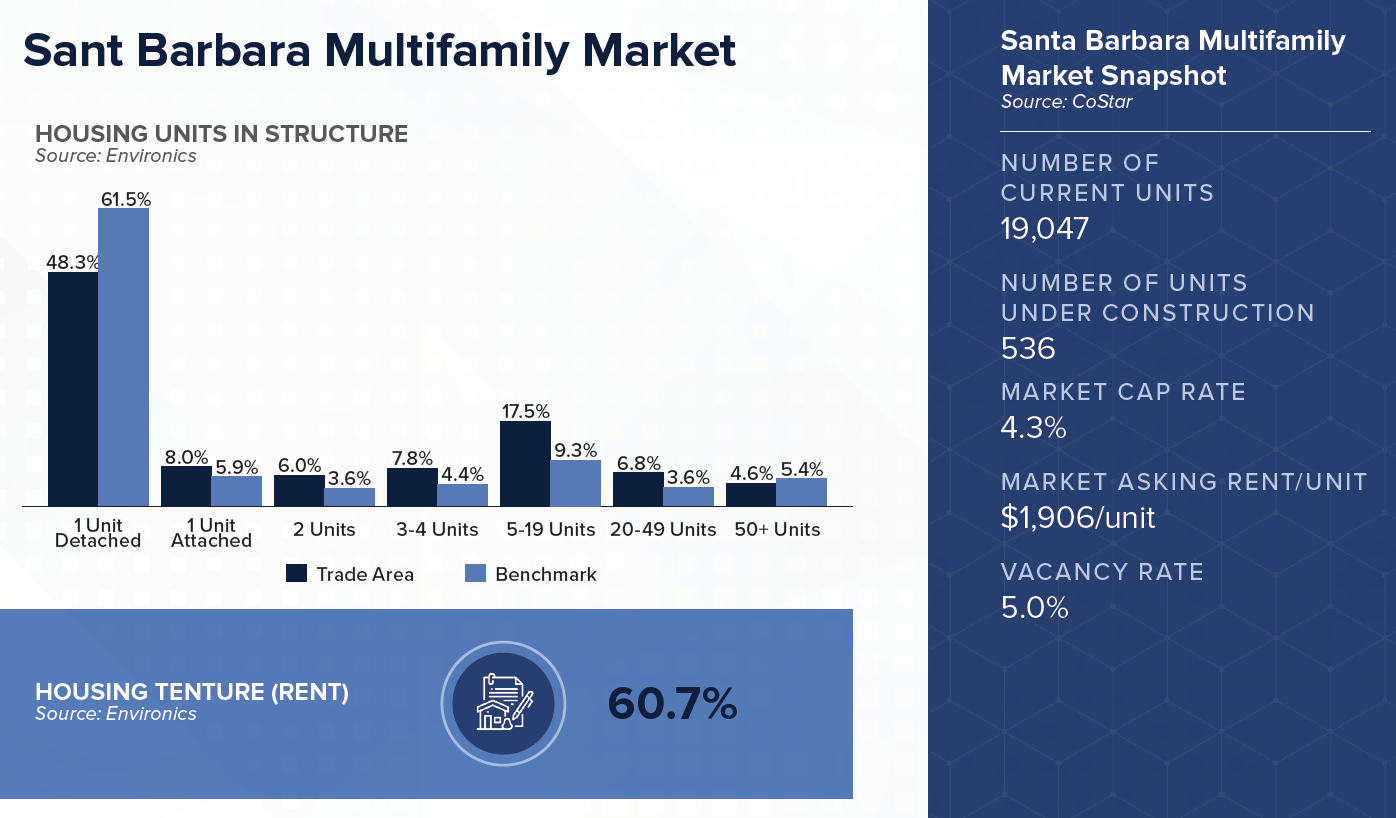 Santa Barbara’s vacancies benefit from its local university, Air Force base, and strong employment base in the education and health services sectors. Feeding into the renter pool and driving apartment demand is the University of California Santa Barbara’s 23,500 student population, which roughly consists of 60 percent of students living off-campus, pre-pandemic. The Vandenberg Air Force Base provides a mere 1,000 on-post housing units to support its 18,000 population comprising of military, family members, contractors, and civilian employees, all of which contribute to the spur of apartment developments nearby Santa Maria. 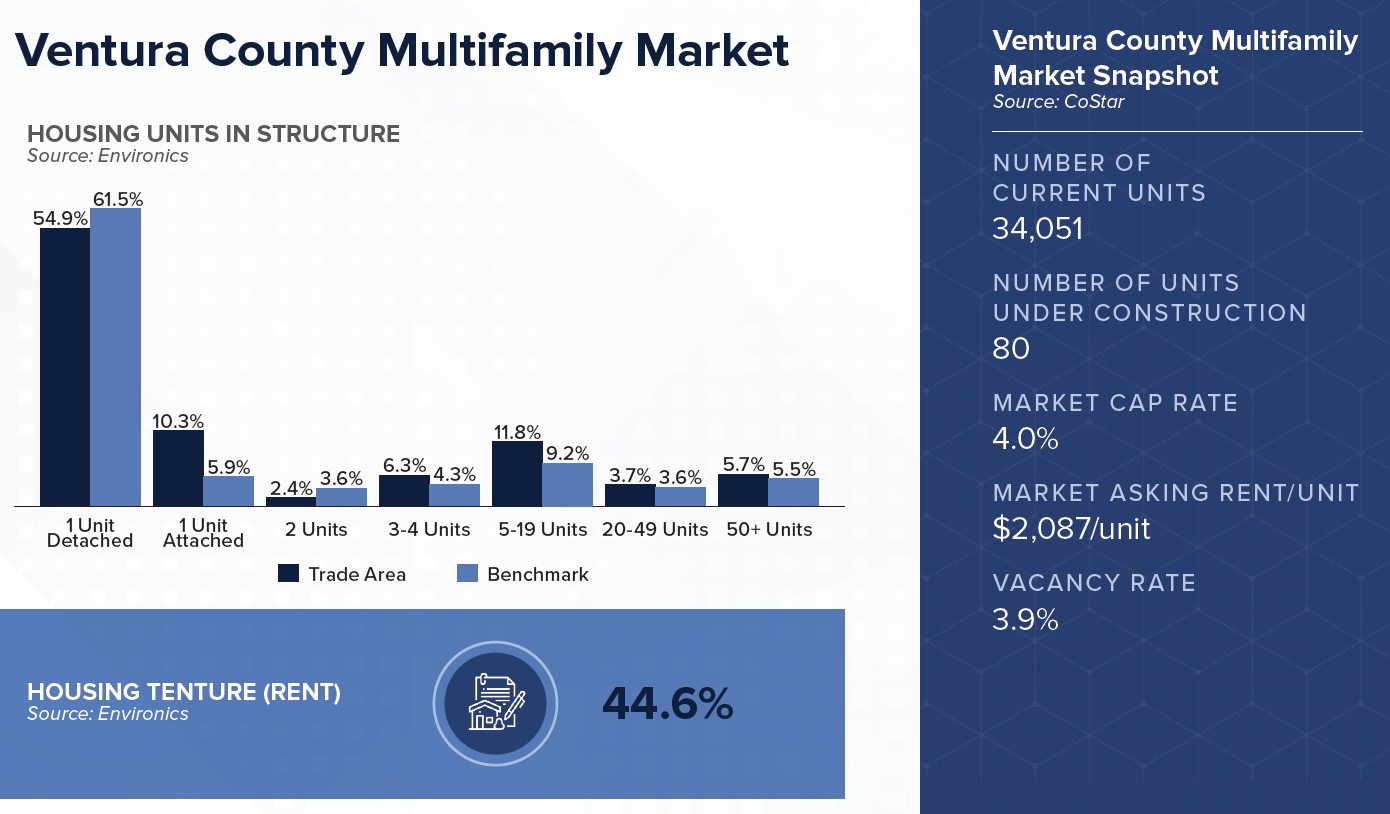 Thanks to strong demand, vacancies have remained low following the new deliveries that began mid-2019. Ventura County’s consistent out-migration and slowing economy present challenges to the apartment market. As Californian renters struggle to find affordable housing, many started looking to affordable markets in Arizona and Texas. Vacancies may rise slightly over the next five years due to California’s complicated development process, and the massive job loss stemmed from the pandemic in Q2 2020. 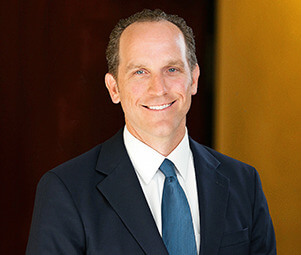