The Industrial Boom | How Southern California Benefitted from Surging Demand

In Southern California, several asset types flourished during COVID-19, but one sector stood out among the rest – the industrial sector. The region holds access to the twin ports of Los Angeles and Long Beach, which contribute to the booming import business. These local ports handle 78 percent of the West Coast’s container volume and nearly a third of all imports to the United States. Southern California houses some of the world’s top metros, boasts a diverse economy, and possesses a dense population, and there is no shortage of manufacturers and distributors who demand space in the area. According to CoStar, Southern California has over two billion square feet of industrial inventory, but the limited land availability forces investors to target infill development opportunities. Reviewing influences that drive the area’s industrial demand can give better insight into how the market is performing in Orange County and Los Angeles.

The Los Angeles market saw record levels in property transactions totaling $10.4 billion in the past 12 months. 2021 saw the most sales on a dollar basis in the metro’s history, and the 2022 activity year to date has also been robust. During that same time, Los Angeles, the Inland Empire, and Orange County accounted for over 15 percent of the entire country’s industrial real estate transactions by dollar volume.

Southern California benefits from being the nation’s largest U.S. gateway for ocean-going trade due to the Twin Ports located adjacent to Los Angeles and Long Beach. In 2021, the Port of Los Angeles facilitated $294 billion in trade and handled a total of 10.7 million container units, the busiest calendar year in the Port’s 115-year history. The Port also moved 876,611 Twenty-Foot Equivalent Units (TEUs) in June, edging out last year as the best June in the Port’s 115-year history. At the mid-point of 2022, the Port has handled more than 5.4 million TEUs, matching last year’s record-setting pace.

The driving demand for Southern California industrial can be attributed to e-commerce, cold storage, and last-mile distribution. Despite these attributes being present pre-pandemic, the nationwide reliance on online ordering and shipping plus evolving consumer trends have bolstered the industrial market to perform better than it ever has before. Industrial tenants are rushing to accommodate faster supply chain turnaround as consumers stay at home and demand faster deliveries, demonstrated by e-commerce sales jumping 55 percent to $2.8 billion per quarter during the pandemic, according to CoStar.

E-commerce giant Amazon has been particularly active in Orange County since 2016 when its first major operation opened in Irvine. The 202,000-square-foot building serves as a main fulfillment center in the region. The company continues to lease several spaces in Orange County, a previously uncharted territory, to accomplish faster delivery.

Southern California is dubbed the birthplace of aerospace and defense manufacturing, with decades of support from government contracting companies such as Northrop Grumman, Boeing, and Raytheon. World War II sparked the industrial development boom in Southern California as a result of the space race and the Apollo program. Today, the rise of SpaceX and Virgin Orbit has revived the industry, with extensive engineering and technical talent reappearing in the region. Long Beach, specifically, has been working diligently to build its reputation as “Space Beach” – a hub for aerospace technology, research, and development, by preserving industrial space dedicated to aerospace manufacturing and turning down e-commerce tenants. Southern California’s history and prominence in aerospace attracted several companies, including Lockheed Martin, Relatively Space, Virgin Orbit, SpinLaunch, and Rocket Lab.

Though Orange County is not a logistics hub and does not have its own ports, its industrial sector is resilient as tenants and investors both target properties suitable for last-mile delivery in the market. Its proximity to the Los Angeles and Long Beach ports, access to five major freeways and John Wayne Airport, and diverse economy have increased leasing activity, tightened industrial vacancies, and promoted healthy rent growth.

Orange County boasts the highest industrial rents in the country, with an average rent of $17.30 per square foot, above Los Angeles on average and substantially higher than Inland Empire. Demand is exceptionally high for logistics assets from e-commerce and third-party logistics firms, enabling landlords to hike rents. The industrial vacancy rate is one of the lowest of West Coast markets at 2 percent and the trailing 12-month net absorption has tallied 410,000 square feet. Net absorption had been positive for the six quarters through Q1 2022, which was the longest stretch in nearly a decade, although Q2 2022 interrupted the run after both net deliveries and net absorption were negative.

Due to its lack of undeveloped land, Orange County is primarily an infill market, witnessing minimal new deliveries during the last few years. Infill industrial operations have served as a vital component to many companies’ supply chains for decades and have only heightened in their role with the explosion of e-commerce. Given the high demand for industrial space in Orange County and the lack of available land and older stock, redevelopment trends are taking off. According to experts, office properties are being targeted for repurposing opportunities, which ends up costing nearly the same as buying a ground-up industrial property.

As the second-largest city in the U.S., Los Angeles has long seen demand from industrial tenants, as the market provides access to millions of customers. The market offers several modes of transportation and shipping, including the Los Angeles International Airport, Long Beach Airport, the Twin Ports, and several highways.

Industrial sales have soared in Los Angeles as investors focus on industrial assets due to the mature market. Vacancies are sitting at 2 percent, which is the tightest in the nation. Exceptional demand in 2021 led to a compression in vacancy from a recent high of 3.2 percent in late 2020.

Industrial asking rents in Los Angeles are currently increasing at a faster pace than most industrial markets across the country. Average metro asking rents increased by 13.4 percent during the past 12 months, compared to 11.6 percent nationally. Rental rates are highest in submarkets where industrial users compete more with other property uses, including the Westside, Burbank, and Glendale. In recent years, these areas of the metro have seen conversions of industrial and flex properties into creative office space. Some properties are also used by entertainment firms for production and studio space.

Net absorption levels in 2022 have been more modest, but with vacancy near its lowest levels in decades, this indicates it is a product of limited supply than lack of demand. There is limited space left for tenants to lease, and what space remains available is often in obsolete industrial properties that cannot work for many space users. The incredible demand for industrial space in the metro has bolstered overall property values in Los Angeles County, according to the assessor’s office. Investors are buying land with properties already intact with tall clear heights to convert for industrial purposes. In other cases, industrial users are buying land for additional outside cargo storage.

The industrial sector witnessed new heights during and after the pandemic, with a concentration in Southern California. While other sectors suffered from work-from-home orders, industries benefited from e-commerce, shipping, and cold storage demand. Southern California is undoubtedly an industrial hub, with Los Angeles and Orange County as some of the top markets in the industry. Vacancies, rent growth, and demand all surpassed the national average due to their dense populations, accessibility to ports, highways, airports, and the established aerospace and defense manufacturing industry. Southern California will continue to be targeted by investors, in turn fueling more growth. 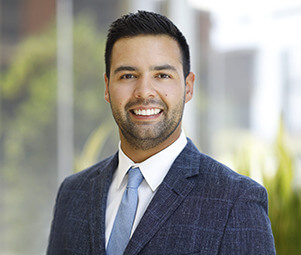 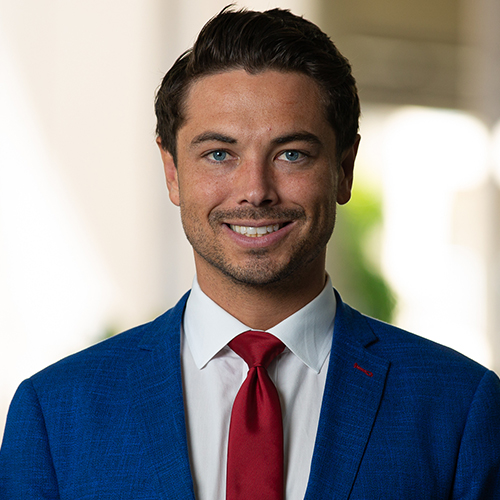 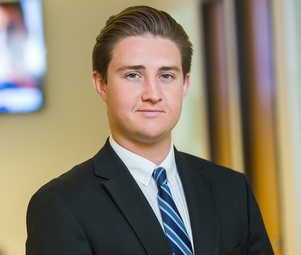