Why Florida Investment Activity is Heating Up

As a destination hot spot, Florida sees heightened relocations from residents and companies. According to the New York Times, the sunshine state’s year-round “perfect weather” and relatively affordable cost of living have lured nearly 1,000 residents per day, specifically from New York, California, and New Jersey. The state ranks second-best by Chief Executive for its business climate, third by Area Development for corporate tax environment, fourth by Union Stats in lowest private-sector unionization rate, and among the top five states for best business tax climate, according to the U.S. Chamber of Commerce. The lack of state income tax has large corporations, like Goldman Sachs, Virtual Financial Inc., and Deutsche Bank, all announcing office expansions or relocations to Florida. The capital migration is seen from markets like New York, where high taxes, extreme rent regulations, and increasing expenses affect profits, which points to an optimistic outlook for Florida’s economy and retail environment. Moreover, a majority of Florida’s submarkets are world-renowned destinations, providing investors with the confidence to invest in these attractive, sought-after areas.

Due to changing shopping behaviors and demand, Dollar General plans to open 1,050 stores and remodel 1,750 stores in 2021, in addition to its current 17,000 store locations. The dollar store recently debuted its new Popshelf model, which aims to sell trendy décor, health and beauty products, entertainment goods, and more for around $5 per item. Dollar General also announced plans to increase their store size from the traditional 9,100 square feet model to 10,000 square feet in new developments to accommodate expanded inventory. Their stores are usually located in rural and suburban markets where there is less grocer competition. This greatly benefitted Dollar General during the height of the pandemic as shoppers flocked to the chain for daily essentials and groceries, as big-box stores, like Walmart and Target, were located too far away.

Currently, Florida has the third-highest amount of Dollar General stores in the U.S., totaling 900, or roughly one location per 23,000 people. Posting positive activity compared to pre-pandemic levels illustrates the increased interest in Dollar Stores located in Florida. These expanded locations and new branding efforts will continue to attract investors.

Acquired by Dollar Tree in 2015, Family Dollar has made significant strides to compete with Dollar General. More recently, Dollar Tree has announced 600 new stores to open in 2021 and plans to penetrate the rural market space with 50 new “combination stores” that feature both Dollar Tree and Family Dollar merchandise, starting at $1 and above. Targeting underserved towns with a population of 3,000 to 4,000 people, Dollar Tree anticipates opening 3,000 combination stores over the years. In 2020, annual sales topped $25 billion for the first time in history. With more than 1.8 billion cases of merchandise shipped or received in 2020, Dollar Tree began construction on their 26th distribution center in Ocala, FL, increasing their overall South inventory.

The drugstore giant ramped up activity in 2020 as the pandemic fueled the demand for healthcare services. After discovering their new HealthHub formats increased visits by 15 percent, CVS is implementing the model to 1,500 stores, including the nine properties in Tampa, FL alone. As one of the 12 states that CVS can administrate the COVID-19 vaccine, Florida gained 81 additional COVID-19 vaccine sites in February, with an impressive 67 in the Miami-Dade County.

CVS was among the few retail tenants to post revenue increases during the pandemic by four percent in Q4 2020 and 4.6 percent year-over-year in December 2020. The majority of the growth stemmed from healthcare-oriented services and the enterprise’s efforts to cut costs in 2020.

Similar to CVS efforts, Walgreens has been focusing on leveraging healthcare services. This has involved revamping and consolidating locations, partnering with the primary care provider VillageMD, and purchasing over 2,000 RiteAid locations after an acquisition deal fell through. Once discovering most sales came from the pharmacy and not retail, Walgreens has tampered with a new store model, dubbed the “Cooper Model,” a 2,000 to 4,000 square foot space with a pharmacy and drive-thru.

Amazon purchased PillPack in 2018 for $753 million but didn’t announce its online pharmacy until 2020, offering customers common medication and prescription refills with fast deliveries. Further, Amazon will sell their pharmaceuticals for an 80 percent discount for generic brand prescriptions, and a 40 percent discount for brand name drugs. All of this will be accessible to Amazon Prime members. Though Amazon will not have a physical location to sell these prescription and over-the-counter drugs, Walgreens and CVS are already migrating to smaller store sizes and online ordering fulfillment.

As the largest convenience store (c-store) chain globally and the nation’s largest independent gas retailer, 7-Eleven continues expansion efforts. 7-Eleven is currently in the midst of one of the largest c-store acquisitions in U.S. history, with plans to purchase 3,900 of Speedway’s locations for $21 billion. Although 7-Eleven already has nearly 10,000 locations spread across the U.S. and Canada, this could lead to more brand exposure in the Midwest and East Coast while saving the cost of building from the ground-up as the brands barely share any overlap geographically. 7-Eleven has found success in its smaller stores, and with the scarce land availability in South Florida, the c-store chain will still find success in expanding its footprint to the area.

The c-store behemoth has recently started collaborations with Pacific Gas and Electric Company (PG&E) to implement electric car charging stations in their California locations. The year-over-year transactions compared to 2019 show that the pandemic has no severe effects on this dominant retailer.

While primarily present in the northeast, Wawa has made progress towards the southeast. Their 5,000 to 6,000 square foot model features a full-service cafeteria, fresh food products, and daily essentials. Their in-store foodservice has played a prominent role in Wawa’s popularity, inspiring the c-store chain to launch a new freestanding drive-through model. The drive-through format focuses on online order and drive-through fulfillment, allowing customers to practice social distancing while picking up their favorite Wawa food and beverages.

Despite their smaller presence than its competitors, their efforts to test new ideas, implement technology in operations, and provide new ways to access Wawa show how adaptable the c-store is.

QSRs were at a powerful advantage when the pandemic hit, as those with drive-thrus already practiced contactless and online order fulfillment, along with social distancing. Further, because sit-down restaurants had to close momentarily, QSRs saw heightened traffic as customers look for convenient and familiar food options. Wendy’s was one of the only tenants to increase overall profit margins during the COVID-19 outbreak. The number of transactions nearly tripled compared to 2019 as out-of-state investors flock to Florida for comparatively fewer taxes. Wendy’s also boasts the franchisee incentive program, giving 15 to 20 percent cash-on-cash returns, up to nearly $250,000 in incentives for existing projects and $200,000 on new projects.

Investors looking to trade out of their property into an asset class that offers stable cash flow with five to ten percent rental increases every five years of the base term of the lease should look to QSR tenants in Florida, such as Wendy’s, which offers 20-year lease terms on new construction properties.

Consistently ranking among the best, often first, in QSR annual Magazine’s QSR Drive-Thru Study, Chick-fil-A is not only known for its best-in-industry customer service but also its speed of service. The private family-owned chain does not sell as quickly as other franchises, but Chick-fil-A’s reputation has pushed it among the ranks of fast-food giants like McDonald’s. The brand is already established through Florida, and is expanding further into to South Florida, but it is expected that its reputation and loyal customer base will push the brand to be one of the most dominant QSR chains in the area.

Chick-fil-A was named the Top Restaurant in Customer Satisfaction for the sixth year in a row by the American Customer Satisfaction Index Restaurant Report. The fast-food chain thrived throughout the pandemic and remained profitable by being one of the first QSR chains to efficiently and quickly adapt various styles of contactless and online ordering operations to optimize safety for customers.

These tenants are just a few examples of retailers that found stability and profitability during the pandemic. Florida boasts various investment opportunities, and because single tenant net lease assets require fewer management responsibilities compared to other asset classes, seasoned investors have the chance to ease into retirement. COVID-19 accelerated adoption trends in 2020, and retailers that were quick to adapt are coming back stronger than ever. With Florida expecting 906 new residents a day through 2024, according to the State of Florida, retail will likely correlate and see heightened activity. For more information on Florida net lease retail, please reach out to a Matthews™ specialized agent today. 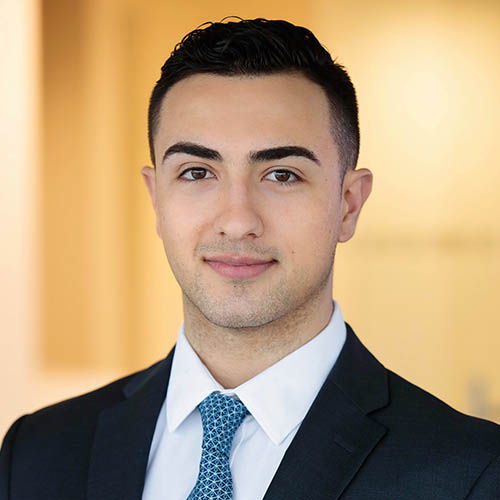 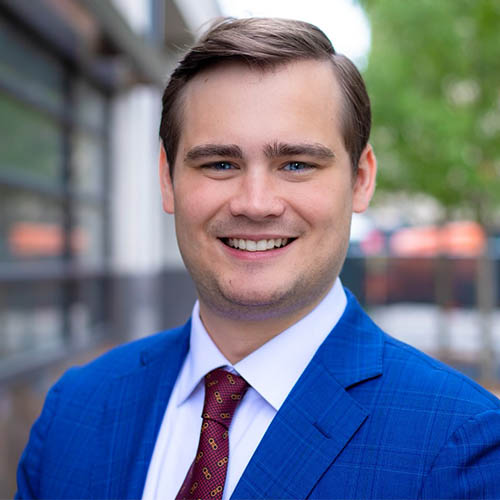