Home to the world’s busiest airport, Hartsfield-Jackson Atlanta International Airport, Atlanta boasts an impressive travel industry. The airport’s recognition has helped solidify deals with Mercedes-Benz and State Farm, both of which have relocated significant operations to Atlanta. Additionally, the airport has helped build the region’s movie and entertainment industry, which reaches $3 billion annually. The city’s Metropolitan Atlanta Rapid Transit Authority (MARTA) has announced future expansion plans, optimizing transportation throughout the market. Atlanta’s reputation as a transportation and logistics hub has also lured tenants like Norfolk, which is relocating headquarters to Midtown and potentially bringing up to 850 new jobs. Atlanta’s comparatively low cost of living and doing business has bolstered job growth and household formation over the last ten years, ultimately helping insulate the metro from the COVID-19 pandemic.

Although the multifamily sector took an initial hit in Q2 2020, the metro has shown signs of improvement. Rents began recovering as soon as May 2020, resulting in an impressive year-over-year rental growth as of March 2021. The market’s current asking rent is at $1,360 per month. Construction has tapered off, giving landlords time to lease up the significant number of unleased units. In recent years, out-of-state buyers have been persistently active in value-add transactions, cushioning the drop in transaction activity from the pandemic in Q2 2020, where deal volume nearly reached $500 million, compared to the $1.5 billion volume in Q1 2020. Activity quickly picked up in the second half of 2020, ranking Atlanta first in the nation for a record in quarterly volume in Q4 2020 ($3 billion in deal volume).

While overall office leasing activity slowed during 2020, Atlanta has continued to land big-name tenants such as Microsoft (Midtown), Deluxe Corporation (Central Perimeter), and Papa John’s (Cumberland/Galleria). The ever-growing rents have caught outside attention, especially when compared to pricey core coastal office markets, with an average rent of $26.49 per square foot. Although construction picked up in recent years, nearly 40 percent of the 7.2 million square feet of new supply currently underway is unleased. Construction and leasing are heavily concentrated in the Midtown submarket, with projects such as the 679,000 square foot 1105 West Peachtree, 232,000 square foot T3 West Midtown at Atlantic Station, and 523,000 square foot Atlantic Yards North and South currently underway. The market’s rents will outperform the rest of the nation, even though rents have cooled in the recent quarters in nearly every submarket. Investment activity has remained stagnant since the onset of the outbreak, and the gap between buyer and seller expectations could draw out the low investment activity for the next few months.

While Georgia got a head start reopening retail and restaurants in April 2020, consumer spending only recently returned to pre-pandemic levels. The limited retail supply inventory enabled landlords to push rents at
an accelerated pace leading up to 2020. Atlanta has one of the highest average cap rates at 7.5 percent, above Dallas-Fort Worth, Houston, and Nashville. Although the metro’s diverse economy and favorable demographics helped maintain occupancy, the 12-month net absorption is at -22,900 square feet as big-box chains continue to close permanently. Conversely, the 12-month rental growth is at 3.1 percent, compared to the -0.6 percent national average. The most notable development in the pipeline is the Monroe Pavillion, a 350,000 square foot grocery-anchored shopping center project worth $80 million. The shopping center is expected to see an excellent performance with a diverse tenant mix encompassing essential businesses. Even the limited investment activity in Atlanta hasn’t deterred savvy investors as they hunt the market for essential retail and corporate-backed leases for opportunities. Given current economic conditions and the market’s increasing available square footage, experts predict retail development to be limited in the coming quarters.

As one of the better performing industries among commercial real estate industrial is on solid footing, as reflected in the vigorous leasing activity in the previous quarters. Southern Atlanta sees some of the largest speculative supply in the country. Still, vacancies throughout the metro are expected to remain below the historical ten percent average in the next few quarters. The metro’s industrial net absorption for 2020 reached 16.3 million, on par with the five-year average. Further, the market asking rent is $6.55 per square foot, less than the $9 per square foot compared to the national average. Over the last 12 months, rent has grown 6.4 percent, resembling one of the healthiest major markets in the U.S. in terms of rental growth.

The Atlanta metro shows signs of a robust recovery thanks to its recent job growth, corporate relocations, and growing warehouse and distribution industry. The growing healthcare facilities will further feed into economic growth as the sector continues to grow to serve the city’s expanding population adequately. Atlanta’s low business costs, an abundance of labor, robust infrastructure, and airport access have made it an important national distribution hub. With these impressive fundamentals in place, Atlanta will come out of the pandemic stronger than ever. For more information on the Atlanta market, please reach out to a Matthews™ specialized agent today. 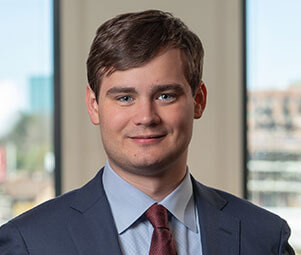