In today’s changing retail landscape, we often see news updates delivering a solemn message of yet another giant taking a hit in the market. Grocers that have traditionally dominated the market and shown strong sales growth are succumbing to the perils of the ever-changing grocery industry. In January of 2018, the Walmart owned retail warehouse, Sam’s Club, announced the closing of 63 locations throughout the nation. A short two months later Winn-Dixie’s parent company, Southeastern Grocers, revealed the shuttering of nearly 100 stores, reducing their footprint by 16 percent.
Surrounded by some of the tightest profit margins in retail. grocery concepts are arguably one of the most competitive industries and many wonder if the brick and mortar grocery concept will continue to uphold. Big time player, Albertsons Companies. LLC, isn’t willing to wait and see. The multibillion-dollar company has been making some major power moves, leaving many to wonder what the grocery giant is working to achieve.
With over 2,300 stores, Albertsons is the second largest supermarket chain in North America and the third largest private company in the United States, according to Forbes. Several prominent brands including Safeway Inc .. Vons, Tom Thumb and El Rancho Super Mercado live under the umbrella of Albertsons.
In recent months, Albertsons entered into a $720 million sale-leaseback agreement followed shortly by the acquisition announcement of drugstore giant. Rite Aid. In such a volatile environment, a key player with a footprint as large as Albertsons can’t make splashes without causing ripples. Matthews TM investigates Albertsons’ recent actions and the potential impact on the commercial real estate space.

On September 25th, 2017, certain subsidiaries of Albertsons entered into an agreement relating to the sale-leaseback of 71 properties. The sale added up to a monumental purchase price of $720 million, one of the largest grocer sale-leaseback agreements the industry has ever seen. The initial terms of each of the property leases commit the company to 20 years with multiple five-year renewal options. The properties have scheduled rent increases generally occurring every one or five years over the initial term. As expected, these assets are being sold at highly aggressive prices on the open market.

So, Why The Sudden Need For Cash?

In the second fiscal quarterly earnings report, published in October of 2017, Albertsons Companies stated that they intend to use the net proceeds from the agreement to “repay outstanding debt or invest in the Company’s operations.”
In an announcement released by Albertsons Companies in late February of 2018, Albertsons confirmed that they are expecting to trade shares on the New York Stock Exchange. Since the company has announced their plans to go public, experts theorize that this large sale-leaseback was a strategic step to boost their overall position in an intial public offering (IPO). To gain the maximum benefits of raising capital from an IPO, companies must first make themselves valuable enough to convince investors to pay a premium price for their stock. Since investors are weary of overleveraging occurring, companies will pay off their debts to ensure a lower risk, and possibly higher offerings on the market. Therefore, Albertsons Companies could drive higher stock prices by using the $720 million from the sale-Leasebacks to pay off outstanding debt and invest in company operations.
The capital raised through a potential IPO would fuel growth and could provide the company with enough capital to expand their footprint. acquire new businesses, and implement fresh concepts in the grocery space. The recent hire of Jim Donald, the former President and CEO of Starbucks, as the new COO of Albertsons Companies suggests the company is looking for a change and may be preparing to experiment with new strategies.

From an investor standpoint. Albertsons Companies backed stores provide guaranteed income with an investment grade guarantor. This gives a real estate owner the opportunity to buy the grocer and own a stake in one of the Largest private companies in the United States before they go public.

Less than five months after the news of the sale Lease-back agreement was disclosed, the definitive merger agreement between Albertsons Companies and publicly traded Rite Aid was announced. Expected to close in the second half of 2018, the merger is estimated to create $83 billion in annual revenue for Albertsons Companies, bringing the total value of Albertsons to the amount of $24 billion.

Along with enhancing their geographic footprint. Albertsons stated that the merger with Rite Aid will. “provide customers with flexible access to a full range of food, health. and wellness offerings and will deliver significant value to customers, employees, and shareholders”. Amongst other beneficial plans, the company plans to Leverage Rite Aid’s strong pharmaceutical network and pharmacy benefit management company, EnvisionRXOptions, to drive customer growth. To target new customers and drive the business further, Albertsons will utilize new data and analytics in Line with integrating new customer Loyalty programs. With the combination of Albertsons and Rite Aid’s individual brands, they will create new efficiencies across purchasing, marketing, manufacturing and merchandising functions, which includes their omnichannel platform.
Up against Large online retailers such as Amazon, the acquisition of Rite Aid will allow Albertson’s Companies to take advantage of a stronger omnichannel approach. The grocer has been utilizing services such as lnstacart. a privately-held, convenience­oriented grocery delivery company. The acquisition provides an expanding brick and mortar presence, which will contribute to a quicker and more efficient delivery service for lnstacart. A Larger footprint will also create more convenience for in-store shoppers as stores will be closer to homes and workplaces.

Albertsons Before & After Merger:

In the months to come, it is expected that Rite Aid will show increasing strength and trade on the stock market comparable to CVS and Walgreens. As a result, this will increase the value of currently leased Rite Aid properties. On the other hand, there is also reason to believe that Rite Aid may relocate and move into certain Albertsons stores, possibly leaving Rite Aid boxes within proximity to an Albertsons vacant.
Another theory is that Amazon may purchase Albertsons once they complete the Rite Aid and Albertsons merger and go public. Years ago, this theory may have seemed like a far-fetched idea, but with Amazon’s 2017 acquisition of Whole Foods, this could become a reality. Amazon purchased the brick and mortar retailer to expand their physical footprint. The physical locations double as distribution centers, giving Amazon a leg up in their expanding delivery business. With the combination of Albertsons and Rite Aid’s massive physical footprint, the two could make a very tempting opportunity for the aggressive online behemoth, Amazon.

What Do These Moves Mean For Investors?

With the strengthening brand on the verge of new endeavors and horizons. Albertsons anchored centers are expected to rise in value. There is a window of opportunity to have ownership over the tenant before they move forward with purchasing Rite Aid and go public. Once the company goes public, the real estate value will rise immensely. If you are in the market to purchase a shopping center. buying an Albertsons anchored center could be a smart investment.
As a normal part of a large merger, there are bound to be store closures. When evaluating a Rite Aid in proximity to an Albertsons. make sure they have a low cost of occupancy and strong store sales with rents that they can sustain. If the Rite Aid isn’t performing well or is paying above market rent. they may be at risk of consolidation, leaving investors with a vacant box. With the loss of Rite Aid, investors may lose a major draw to their property and potentially lose a large portion of income generated by the property. To be cautious. ensure the Rite Aid box is easily re-tenantable in order to quickly fill the space if need be.
As for owners with centers anchored by competing grocers, it all depends on the property. To help determine stability, stick to the intrinsic values of real estate: sales performance of the store, location, tenant synergies and other factors that reflect how the tenant is doing. Having a strong guarantor for the anchor tenant lease will also reduce risk and help ensure stability. In addition to this, look out for any red flags. If the anchor tenant is not investing in renovations every ten years or so, it may be a sign that they do not have long-term plans to occupy the space.
As other factors impact property value, investors should always consult a professional to evaluate their asset.

As the retail landscape continues to transform, the news of numerous retailers on the edge of extinction has proven that only the fittest survive. Albertsons is not only choosing to adapt to the changes in consumer habits and the competitive grocery space, but they may also be ramping up for something bigger in the months to come. Stay tuned as the industry awaits in suspense for the grocer giant’s potential next power move.
For more information, reach out to Caitlin Zirpolo. 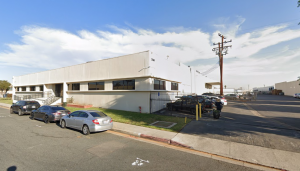 Demand Rises for Convenient, Quality and Affordable Retail in Cleveland

In nearly every major metro in the Midwest, the most...
Read More

Drive-Thrus | The Future of Off-Premise Sales

Drive-thrus remain a prevalent method for revenue during a time...
Read More

How Pragmatism Will Get Your Financing Deal to the Finish Line

Benefitting from both a national surge in logistics demand...
Read More