Rents have increased 11.5 percent year-over-year, according to Bloomberg, making it increasingly difficult to for low-income tenants to afford rent. Apartment List reported that each one of the nation’s top 100 largest metros have seen increased rents month-over-month for the last five months. Rent spikes are most prominent in places like the Phoenix metro or Boise, with 15 to 21 percent increases for two-bedroom apartments, according to Zumper data. 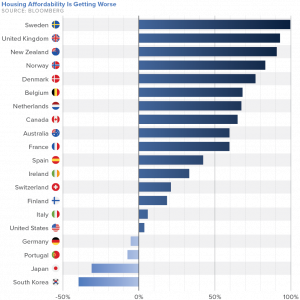 The amount of renters seeking apartments now matches and exceeds pre-pandemic levels due to the expiration of several local eviction moratoriums. The shortage in affordable housing, paired with the booming costs of single-family homes, has first-time homebuyers resorting to renting. Therefore, metro areas with large single-family suburbs are seeing rent spikes, like Gilbert, Orlando, and Atlanta. There are around 6.3 million people behind their mortgage payments, according to the latest Census Household Pulse Survey.

Landlords are raising rents, some as steep as hundreds of dollars, and the housing market has sharply increased. With low mortgage rates, investors are targeting single-family homes for rentals, further pricing out first-time homebuyers. An Apartment List poll revealed that the number of renters urgently seeking apartments spiked 10 percent this year. RealPage data shows occupancies at 97 percent for the first time ever in apartments. Apartment List anticipates a slowing growth rate, which could pause the price acceleration. There is no indication that prices will decrease

The pandemic has been a bumpy ride for the...
Read More

Multi-tenant retail demand has strengthened in Florida’s panhandle due to...
Read More

Q&A - The Key Components to Funding A Project

How has the capital- raising process changed over the...
Read More

A Whopping Recovery - Why Los Angeles Remains a Great Investment

Los Angeles has had its fair share of challenges...
Read More

The Next Frontier - A Retail Financing Update

The COVID-19 pandemic stirred up uncertainty within the retail sector,...
Read More

Click the link below for the Matthews™ 2021 November...
Read More

The Future of Office Space

COVID-19 changed the American worker. According to Forbes, at the...
Read More

Depending on the side of the transaction an investor...
Read More