While the Midwest can’t compete with Colorado’s mountains or California’s mild climate, those promoting the region play up the quality of life, manageable commutes, slower pace, relatively low cost of living, and downplay the notoriously cold winters. The culture is highly focused on entrepreneurship and strategic reinvestment into the ecosystem, and the strong local startup community shines a positive light on the region. Tenants in America’s Heartland experience a lower expense load in the form of lower property taxes and rental rates, which offered businesses a small counterbalance against revenue loss that occurred during COVID-19.

Retailers across the country certainly faced challenges amid the COVID-19 pandemic, but midwestern retailers fared much better than their coastal counterparts that experienced lengthier lockdowns and tighter restrictions. The retail sector is witnessing lower vacancies and higher rents, crediting the rise of specialty retailers, discount stores, fast-casual restaurants, and entertainment centers. As a result, local real estate investors priced out of either coast are looking to the Midwest in search of higher yields.

The Midwest market makes sense for many retailers as population growth rates exceed the national rate, and the outlook for net employment is one of the highest in the nation. Rent for residential and commercial properties has increased by double-digits as people and companies move to the Midwest to find higher qualities of life. For example, companies such as Facebook, Google, Carvana, and Amazon have planted roots in the region. These factors and more keep the region on a path to future growth.

Making Moves in the Midwest

Capital has historically been drawn to the larger midwestern cities such as Chicago and Minneapolis, which have more significant economic diversity when compared to smaller cities. However, in the last few years secondary and tertiary markets have gained steam proving that demand for well-designed, well-located retail will not change.

Home of the Supercenter

Increase Dominance of the E-Commerce Giant

Amazon recently announced that it plans to establish a second headquarter in North America, primarily focusing on cities or suburban locations with more than one million people. The Midwest will compete for the headquarter title, as the region houses local universities that can support the demand for tech employees, boasting lower costs and a plethora of housing. The logistics provider currently occupies over 2.3 million square feet in Cleveland and is adding another one million square feet in Akron, a manufacturing hub in the Cleveland MSA.

When attracting startups, the Twin Cities have the edge over other markets as it is home to 17 Fortune 500 companies. The Midwest tech scene includes healthcare startups, big Artificial Intelligence firms, and other tech-based companies, attracting a solid workforce. Other markets crushing the startup game include Detroit, Chicago, Pittsburgh, and Columbus. In the U.S., tech leases totaled 6.8 million square feet in 2020.

A Region Dominated by Healthcare

For years, the Midwest has been dominated by healthcare giants like UnitedHealth Group and Medtronic. These sprawling conglomerates boast a polite, low-key culture that values incremental results over grand announcements. These retail/medical cross-over assets, such as dialysis, ramped up and compressed cap rates for these product types. For example, Cleveland is expanding its healthcare presence with new construction projects in Mentor, OH, introducing Cleveland Clinic’s Cole Eye Institute, a new neurological institute building, and upgrading Cleveland Clinic’s Fairview Hospital.

Before the pandemic, primary cities and urban cores were the focus of the retail boom, secondary cities have increased in value and will share this momentum in the future. Secondary markets have much to offer in terms of amenities and quality of life. These smaller communities will be differentiated by their ability to either attract new industries or recreational attributes that appeal to remote employees. The reshuffling caused by the pandemic benefits many midwestern locals and presents more real estate opportunities for investors.

PWC’s Emerging Trends in Real Estate noted that the midwestern states are continually evolving their economy to a more sustainable mix entailing education, healthcare, and technology.

Indianapolis has since recovered 114,000 jobs as of June 2021, and the unemployment rate is 1.8 percent, below the national average. As the pandemic accelerated the adoption of e-commerce, the Indianapolis market proved to be well-positioned. The metro is one of the top U.S. logistics hubs, home to the world’s second-largest FedEx Express and division headquarters for CSX transportation. Investment activity is moderate, with$224 million recorded in sales as of late September 2021. Several sizeable financial sector firms are headquartered here, including three Fortune 500 companies, Anthem, Kite Realty Group, and real estate investment trust, Simon Property Group. In addition, high-tech is an emerging concentration in Indianapolis and an important source of high-income job growth. Notable employers include Salesforce, Angie’s List, and software company, Genesys.

Columbus has performed relatively well, with vacancy rates well below the national average. The metro has recovered 127,000 jobs but has since lost many clothing retailers to bankruptcy. The outlook for retail trade is somewhat mixed, with “essential” businesses benefiting, including grocery stores, drugstores, gas stations, and mass discount stores. The big winner was the Columbus-based discount chain Big Lots, with net sales jumping more than 16 percent in 2020, representing the company’s best year ever. Health systems are another dominant industry sector in the capital city, wherein three of the top ten employers are in Columbus. Investment by area health systems is substantial and ongoing.

Michigan suffered one of the worst unemployment rates in over half a century, with 22.7 percent of the labor force out of work during the height of the pandemic. However, over 152,400 jobs have returned to the market, recording a year-over-year growth rate of 8.6 percent. Tenant closures also increased but were a challenge before the pandemic, particularly in strip centers and shopping malls. Despite these closures, the two largest segments of the labor force are industrial and healthcare. Detroit is mainly known as being the auto capital of the world. As such, Michigan is ranked fourth nationwide for high-tech employment. One example is Ford’s Mobility Innovation District, known as the Corktown Campus, producing a centralized location for startups and entrepreneurs to create, experiment, and launch innovative mobility solutions on real-world streets.

Before the pandemic, Cleveland’s retail market was on firm footing, with big-box retailers moving into the market and supporting healthy net absorption levels. Discount retailers and well-leased grocery-anchored assets drive sales activity, commanding some of the highest price points in Cleveland. Cleveland was experiencing weak employment and demographic trends before COVID-19 and vulnerable industries, including manufacturing, faced headwinds due to labor shortages, supply chain disruptions, and dampened domestic and global demand. As the metro emerges from the pandemic, development has been running at a breakneck speed to catch up to the increased supply chain demands as consumer preferences accelerate to omnichannel. The brightest spot of the labor market is healthcare services with hospital networks Cleveland Clinic and University Hospitals representing the metro’s top two employers. Further, Cleveland received a significant boost in 2020, with Fortune 500 company Sherwin-Williams announcing that its global headquarters will remain in the metro.

Kansas City’s top industries are manufacturing, professional and technical services, healthcare, and transportation. With record-level construction, the metro’s economy was growing at an unprecedented rate before the pandemic, but this boom led to a labor shortage exacerbated by the pandemic. As an example, construction wages outpace the average wage in Kansas City pre-pandemic. In the past three years, 930,000 square feet have been delivered and 650,000 square feet are underway. Vacancies in the metro were somewhat below the ten-year average as of Q4 2021 but were essentially flat over the past four quarters.

St. Louis is one of the nation’s leading financial service centers, a big driver in healthcare, and houses notable industries such as transportation, distribution, and logistics. In the healthcare sector, technology and life science startups are increasingly prominent. In the past three years, one million square feet of retail space has been delivered, and currently, 240,000 square feet is underway, representing a fractional expansion of the existing inventory. Nonfarm payrolls in the metro were recently increasing at a solid rate of 3.9 percent, or a gain of about 52,000 jobs. That’s a welcome performance, especially given that employment posted a decrease of 5.1 percent year-over-year at one point during the past twelve months.

Louisville’s retail market saw minimal impacts from the pandemic, with healthy leasing volume supporting net absorption last year. While retail rents in Louisville have seen a steady decline since 2018, rent growth improved in the second half of 2020. Louisville’s economy has benefitted from the accelerated adoption of e-commerce as a result of the pandemic. Retailers and logistics providers are leasing a record amount of space as they seek to expand their distribution networks. Louisville offers logistics tenants a central location, a mild climate, three riverports, multiple rail lines, and eight regional airports. UPS is among the largest employers in Louisville, with over 25,000 employees. Healthcare and food and beverage represent other major industries in Louisville. Fortune 500 company Yum! Brands, which owns KFC, Pizza Hut, and Taco Bell, is headquartered here.

Cincinnati’s substantial share of white-collar employment, including financial services and professional and business services, has supported the economy. Fifth Third Bank, headquartered in Cincinnati, is one of the metro’s largest employers and expanded payrolls in 2020. Cincinnati’s concentration in aerospace manufacturing is also a strength. In 2021, the production of the Boeing 737 Max resumed and commercial air travel improved. Procter & Gamble, another Cincinnati-based Fortune 500 company, benefited from the pandemic, with demand for consumer goods sky-rocketing. Cincinnati-based Kroger, the largest U.S. grocery chain, reported an 8.4 percent jump in sales last year. Additionally, The University of Cincinnati, the metro’s second-largest employer, was also one of the fastest-growing institutions in the nation, representing the eighth consecutive year of record enrollment (full-time enrollment now exceeds 28,000). Many of the metro’s largest employers are healthcare systems, led by Cincinnati Children’s, one of the nation’s top pediatric hospitals and a leader in medical research.

While it’s true that big-box retailers and e-commerce giants thrived during the pandemic, so did lesser-known chains in middle America, such as Big Lots, Tractor Supply, and Harbor Freight Tools. Harbor Freight, for example, has a significant presence in the Midwest and saw massive growth as it considers hundreds of new locations across the United States. Further, many quick-service restaurants and home improvement retailers are committing to new store openings, and grocery stores are undergoing lease extensions or remodels.

An outflow of California-based commercial real estate investors in search of higher yields are increasingly targeting Midwest markets, pushing the cap rates of properties in the area lower.

The pandemic exacerbated the trend toward essential retail investments, pushing certain segments to record-level demand. This includes superstores, grocery stores, drugstores, quick-service restaurants, dollar stores, and convenience stores. The segment has seen swings of more than 100 basis points on some investment-grade credit deals since Q2 2020. On the other hand, investor sentiment toward other retail segments suffered, including casual dining, gyms, and childcare assets.

Midwest buyers are most immediately challenged by limited inventory. The low interest rate environment has proven a double-edged sword for investors looking to enter the market. Investors are generally looking at single tenant net lease properties with cap rates in the low 5.0 percent range when buying properties in the Midwest.

Of all the multi-tenant pads in the Midwest sold at a below 7.0% cap rate, approximately 65% were sold to a California-based buyer. Source: CoStar

While the opportunity to lock in cheap debt still exists, buyers must compete as construction deliveries in the Midwest aren’t sufficient to offset the supply-demand imbalance. Despite the tightness in the market, there is opportunity for real estate investors in the Midwest. 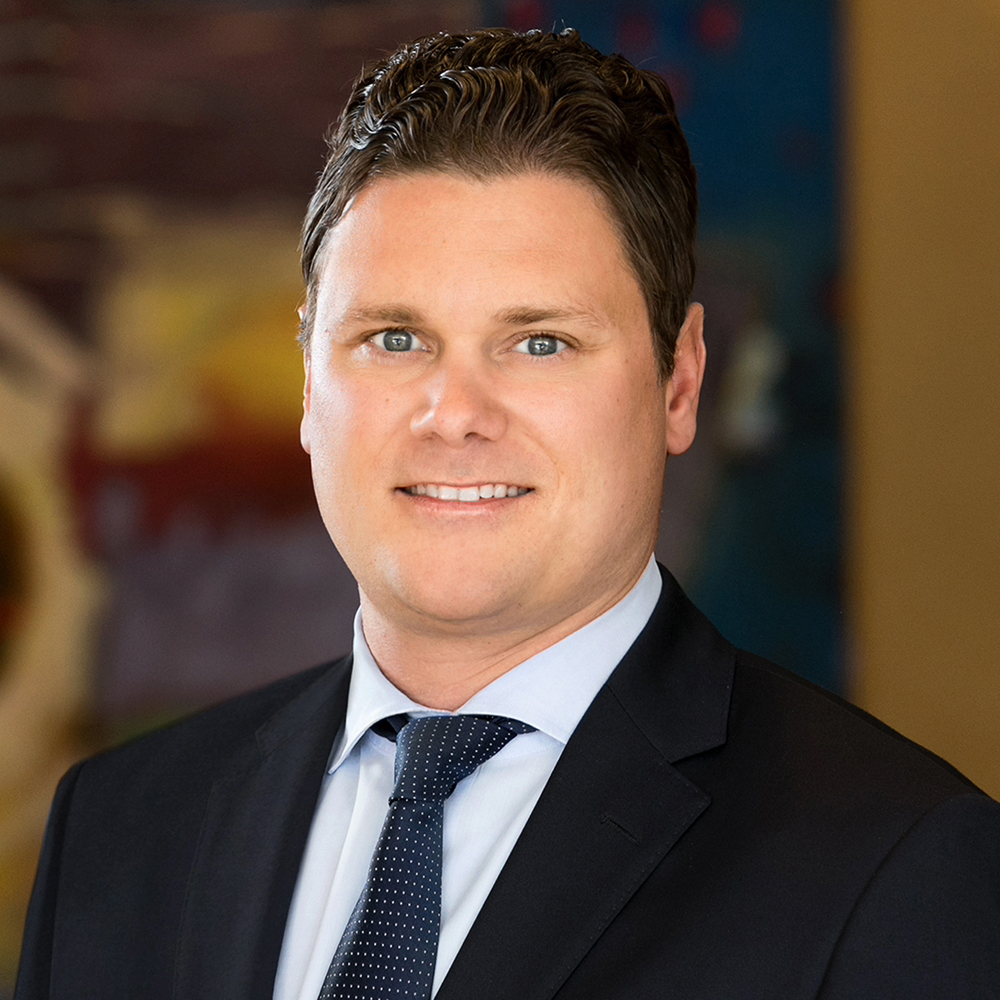 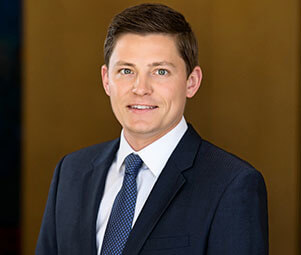