A Look at CRE Trends in Phoenix

Phoenix has become the center for economic growth over the past few years thanks to a robust job expansion, friendly environment, and favorable demographic trends. From industrial to multifamily sectors, the market continues to bustle in activity. As Phoenix continues to boom in industrial sales, in-migration rates, and retail development, many out-of-state investors are looking to expand their portfolios.

As the U.S. continues to deal with the impact of high inflation, the Phoenix area is feeling more of the inflation’s bite, with the metro topping the list of U.S. cities with the highest inflation. In fact, metro Phoenix inflation hit 12.3 percent over the 12 months ending in June, well above other major cities including Miami, Houston, Baltimore, and Seattle – all above 10 percent, as well as Atlanta at 11.5 percent. 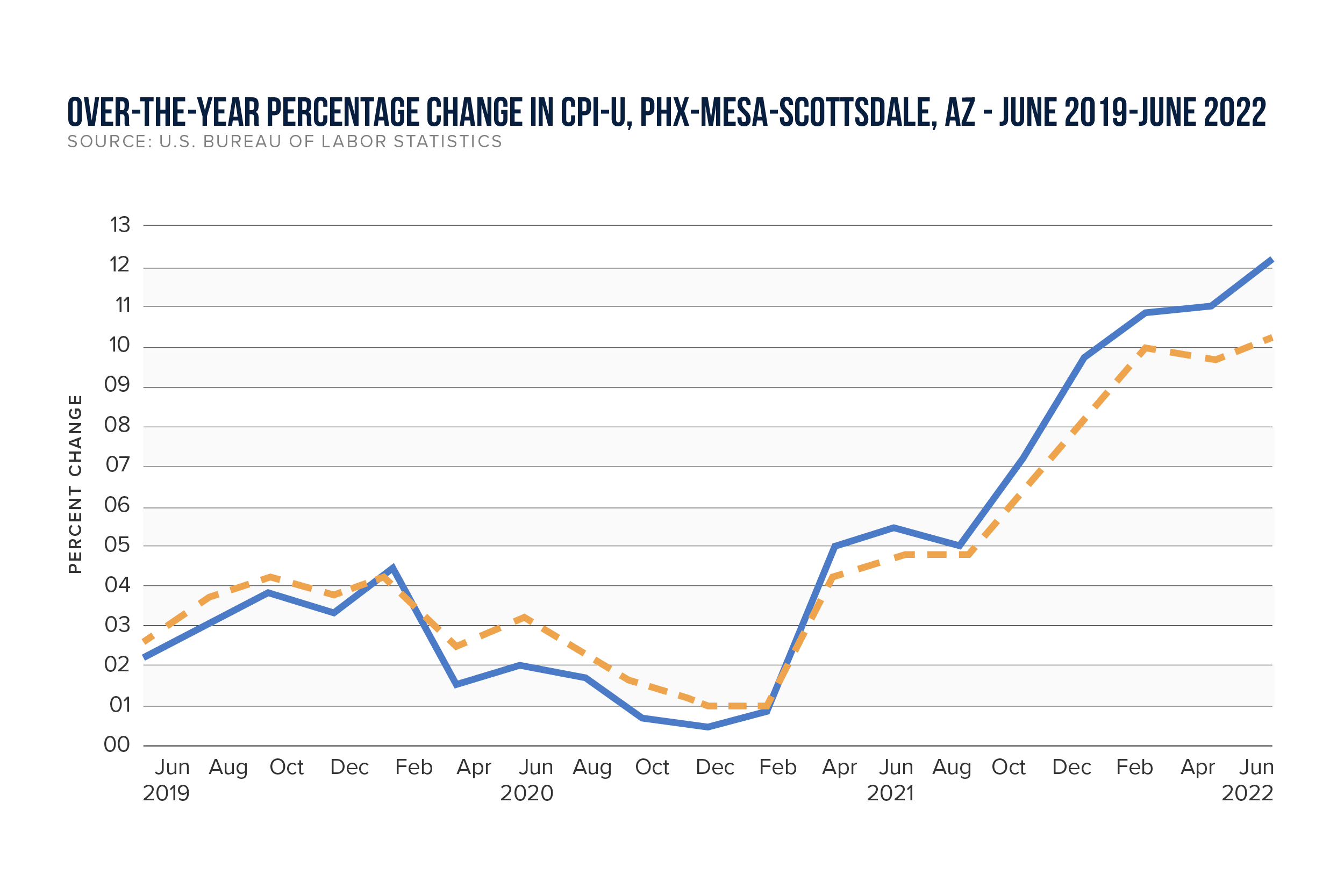 Leasing volume is on the rise and new investors are searching for quality assets in Phoenix. As more consumers resume in-person shopping, demand has been uncharacteristically high for grocery, pharmacy, home improvement, drive-thru, and hobby stores. Fortunately, the Phoenix retail market is in a better position than in years past. An influx of residents is driving demand for home and necessity goods.

Additionally, the supply pipeline has moderated over the past ten years and there is little supply-side risk in the market. Demand drivers in Phoenix are attracting opportunistic investors with approximately $3.5 billion worth of retail assets that have traded in the market in the past 12 months.

Large commercial investments and job growth generate significant demand for housing. The Phoenix multifamily market has become a hotspot for both investors and developers. The metro’s multifamily market experienced record-setting growth over the past few years, as rents, demand, and supply have climbed to unprecedented levels. These trends are driven by household growth, strong employment, and low levels of single-family inventory.