Charles Wright is ranked as one of the top investment sales brokers in Los Angeles, more specifically, Charles ranks within the top 5 brokers at Matthews™. As seen in Charles’s extensive advisory work with private and institutional clients, he is a driving force for an innovative, client-focused approach to brokerage. His deep-seated knowledge of the industry and aptitude for outworking the competition has earned him the respect of some of the industry’s largest apartment owners, investors, syndicators, and publicly traded REITs with whom he has worked. Since coming over from Berkadia in 2016 and helping spearhead the Multifamily group of Matthews™, Charles has consistently dominated the markets he has focused on in Los Angeles. Charles is an integral part of the growth of Matthews™ Multifamily sector and continues to mentor agents to become better leaders and service providers for their clients.

Outside of Matthews™, Charles enjoys spending time with his wife Katie and his two children Anna (4 years old) and Samuel (2 years old). In addition to quality time spent with his family, he spends his free time watching his favorite Los Angeles sports teams or partaking in something/anything competitive.

The pandemic has been a bumpy ride for the...
Read More

A Whopping Recovery - Why Los Angeles Remains a Great Investment

Los Angeles has had its fair share of challenges...
Read More

Matthews™ Arranges the Sale of a Multifamily Asset Near Koreatown for $12.5M 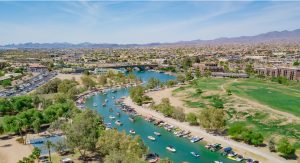 Matthews™ Brokers the Sale of a Safeway in Lake Havasu City for $13.24M