Inflation remains elevated due to many factors, mainly a result of the COVID-19 pandemic, including increases in household demand, stubborn supply chain bottlenecks, energy shortages, geopolitical affairs, and rising commodity costs. In the U.S., the sticky components of inflation continue to accelerate, including rents and wages. Given the economy’s strength and the likelihood of persistent inflation, the Fed continues tightening monetary policy. To counter the prevailing headwinds challenging market returns, investors are considering the potential benefits of shorter duration assets, industries with cyclical growth, and inflation-resilient investments.

Moving forward, investors must consider whether their portfolios are positioned for persistent inflationary pressures, higher interest rates, and market volatility. 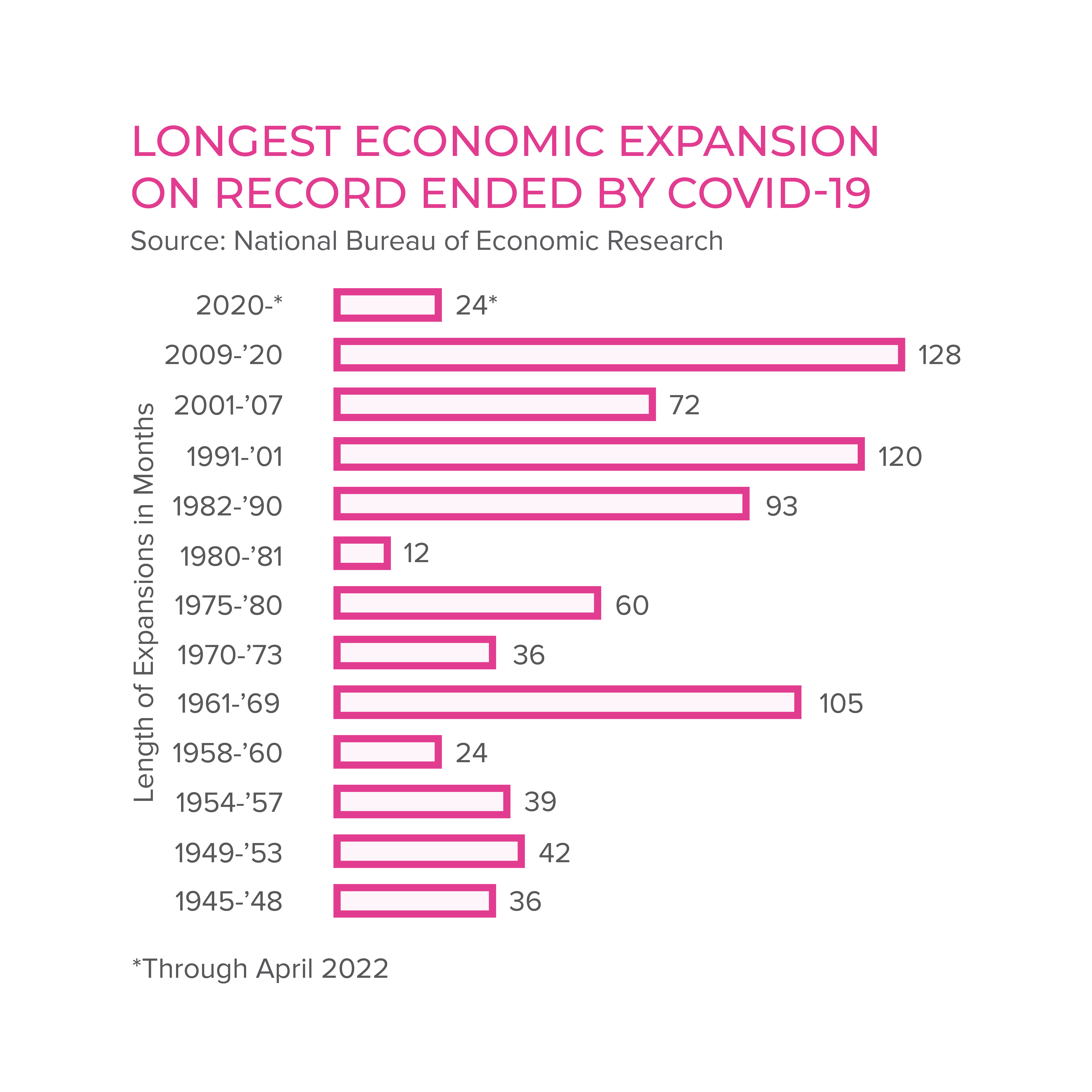 Inflation is the increase in the prices of goods and services in a given economy over a period of time. It is measured by the consumer price index (CPI) and the producer price index (PPI). The CPI tracks the average price of a basket of goods, including basic food, housing, clothing, healthcare, and recreational items. However, there are many flaws and inaccuracies when calculating – it does not account for qualitative changes and places less emphasis on the costs for people in rural areas.

While some economists expected a CPI decline in August 2022, CPI rose 0.1 percent. Wages and rents remain the most important long-term drivers of inflation and account for a significant share of the CPI basket. Rents, food, and healthcare continue to increase, giving the Federal Reserve the ammunition to deliver the third 75 basis points interest rate hike in September 2022. 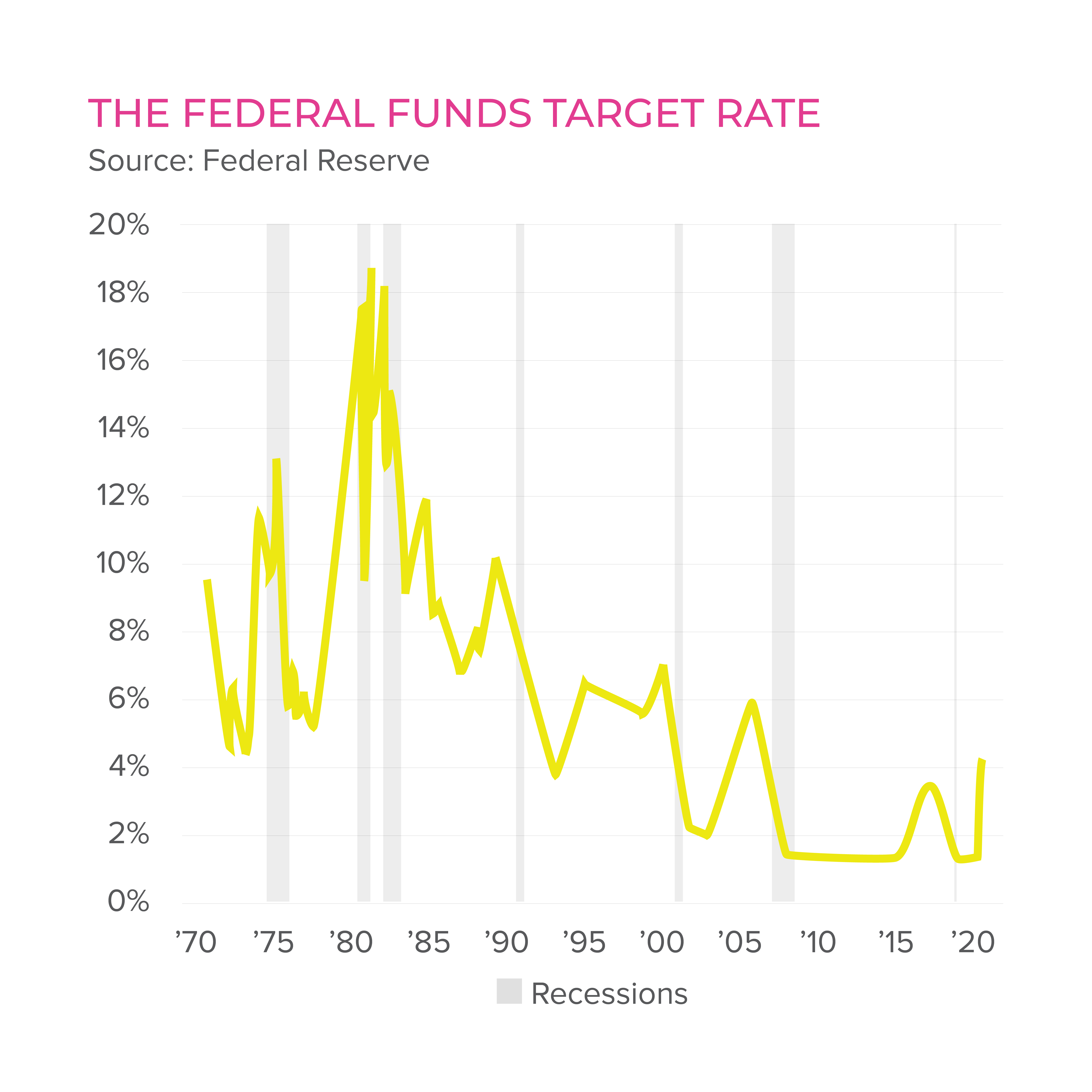 The Fed is moving to aggressively fight the four-decade high inflation rate. The surprisingly firm inflation readings reported by the Labor Department were delivered despite an easing in global supply chains, contributing to a surge in prices earlier in the year. With a resilient labor market supporting strong wage growth, it’s predicted that inflation has not peaked, keeping the Fed on an aggressive policy path.

The impact of inflation and thus the raising federal funds rate is channeled almost directly into mortgage loan rates, as those are generally based on the 10-Year Treasury yield. The rate on conventional 30-year mortgages was rising even before the Fed started its tightening cycle in March but has now been flirting with seven percent, more than double the record-low rates of 2.65 percent in January 2021 and almost twice the three percent rates of a year ago. 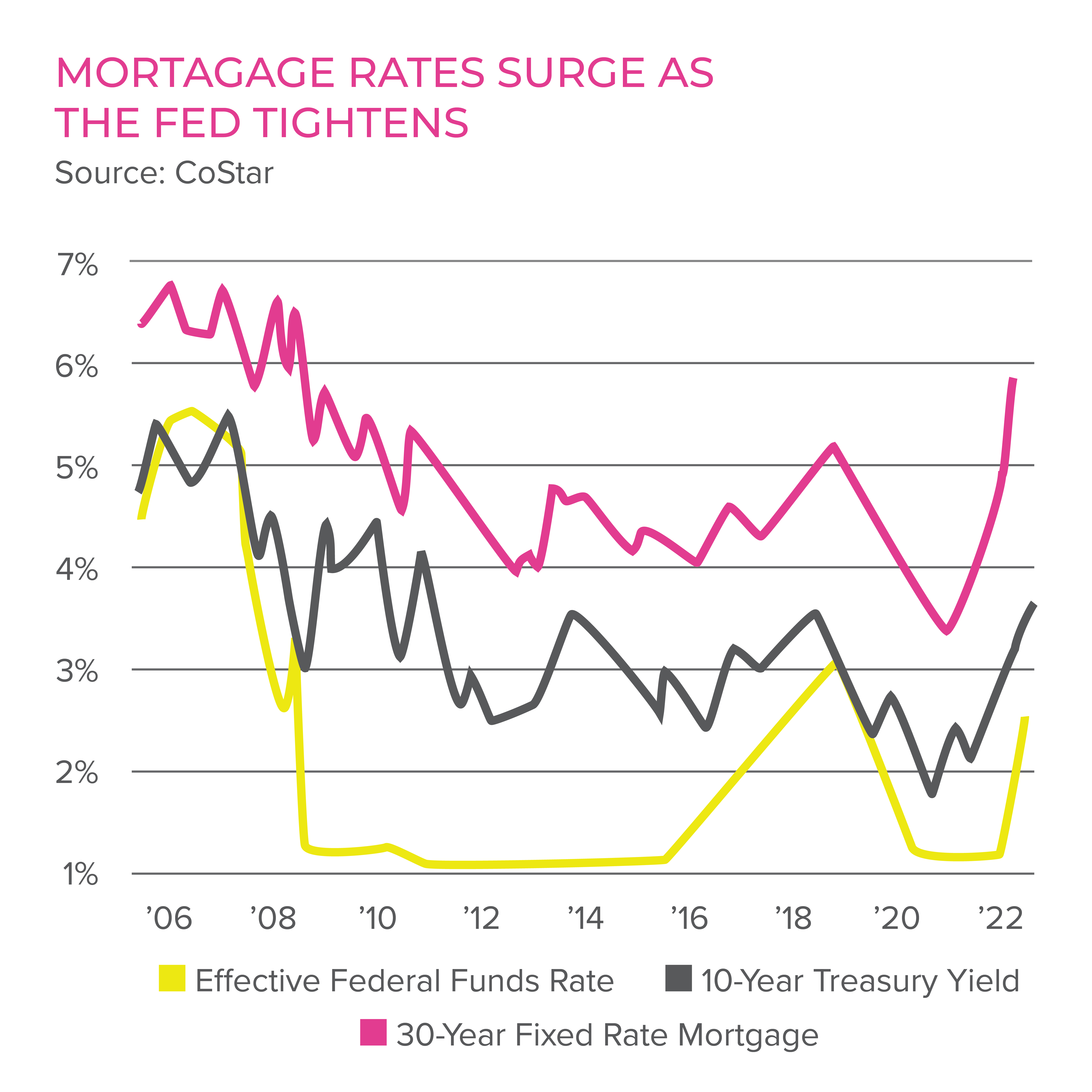 With 75 basis point increases in back-to-back-to-back Federal Open Market Committee (FOMC) meetings, as of October 2022 the Federal Funds rate stood at 3.00 to 3.25 percent, the highest it has been since early 2008. While the rate itself should not disrupt the market, the record speed at which the Fed has played catch up to fight inflation.

Where are Rates Expected to Land?

In September, the Fed fired off another 75 basis point rate hike and released quarterly forecasts for inflation, the economy, and the future path of interest rates. These new forecasts come as the central bank moves into a rate hiking zone that some economists expected will be more restrictive and could seriously impact the economy.

According to Diane Swonk, Chief Economist at KPMG, “We [the U.S.] actually haven’t tightened policy to fight inflation since the early 1980s. Their goal is for a prolonged slowdown that grinds inflation slowly down and only gradually increases the unemployment rate.” 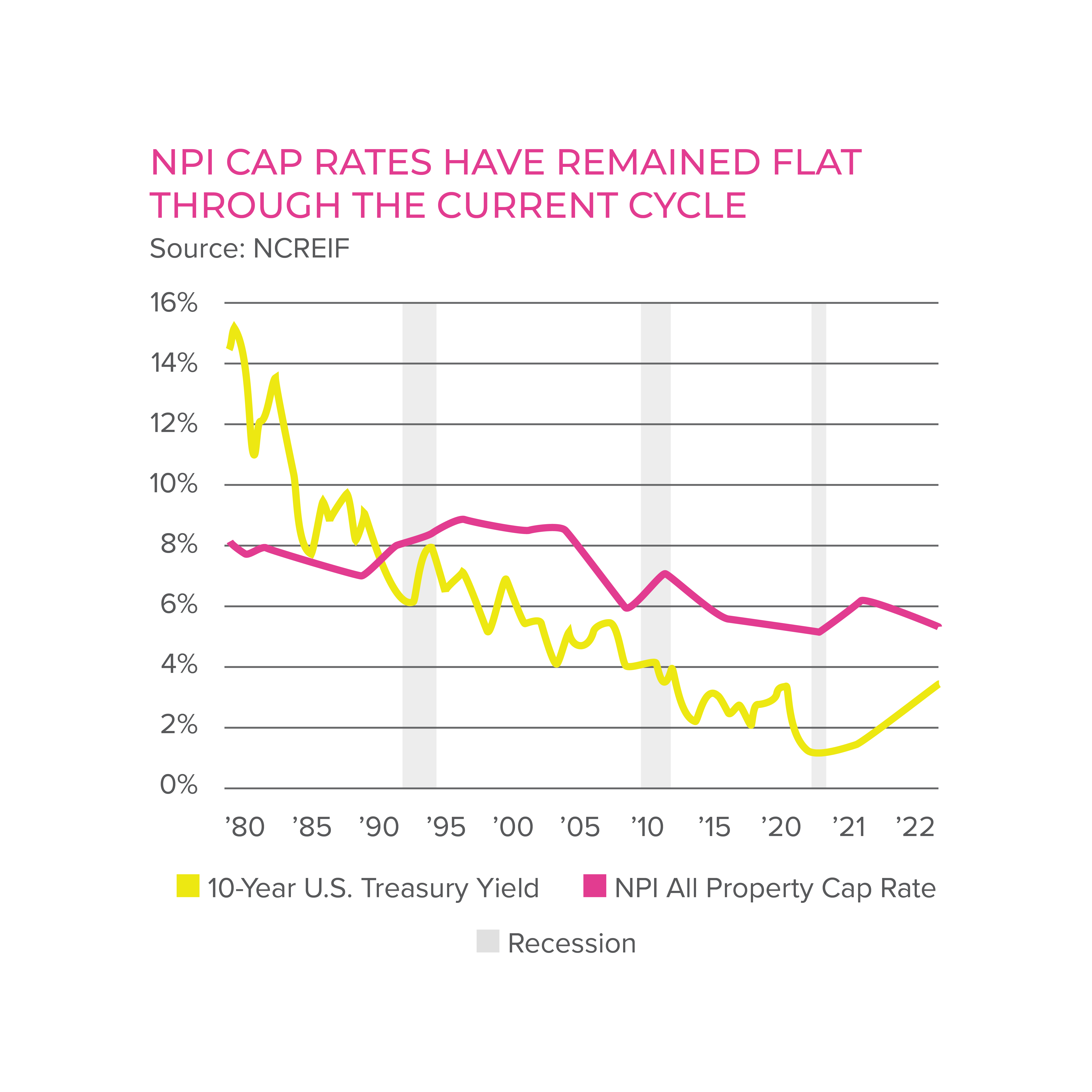 There is an open debate about when the next recession will be. Within two years, within one year, within six months, or is the U.S. already in one and doesn’t know it? It’s difficult to determine because a wide range of economic crosscurrents are at play. Inflation is high, but rents are increasing. The combination of higher mortgage rates and home prices has caused affordability to crater to its lowest level since the housing crash.

Naturally, inflation is expected to increase at two to three percent annually. As of August 2022, inflation was recorded at 8.26 percent.

Commercial real estate is positioned exceptionally well as a long-term, alternative investment thanks to being an inflation hedge, lack of general overbuilding, and strong space demand across most property types. It is a tangible asset that will appreciate due to inflation, usually placing investors in a good position during these transitionary periods. At the same time, real estate deals are not immune to the volatility and pricing challenges caused by the rapid reversal in interest rates. For the foreseeable future, the Fed will have to stay on course for more rate hikes which may further pressure valuations in some segments and markets. As in past cycles, astute investors will navigate the short-term disconnect as sellers and buyers will have to recalibrate to benefit from favorable commercial real estate’s long-term yield generation and value creation.

As explained by a Forbes Advisor, “in dense real estate markets and commercial centers, high demand and limited supply contribute to the appreciation of prices for real estate. So, if the price increases are more than the inflation rate, the relative return stays mostly positive.”

Inflation resiliency can vary depending upon the asset class and largely hinges on how fast and frequently the owner adjusts rental rates. The shorter the lease, the quicker an owner can change rents to keep pace with rising inflation – in theory, hospitality, multifamily, and self-storage tend to have the shortest relative lease terms. On the other end, a triple net lease asset that is fully leased and has a longer-term lease with predetermined rent increase percentages, locks the investment in a rigid rent collection schedule, leaving little opportunity to increase NOI and offset inflation. Adjusting NOI can increase a property’s cash flow to be comparable with the rise in inflation, helping to protect investor returns.

Private vs. Public – Private CRE will have less liquidity and be better protected during inflation and economic crisis. REITs will have more liquidity and produce a better return when the market increases.

Today, real estate trades at a premium to the 10-Year Treasury, with the major sectors’ cap rate spread significantly wider than the historical average. In practice, interest rate increases have often corresponded with rising inflation, which puts upward pressure on real estate rents and property values. Now that the market consensus seems to be shifting towards this inflationary period being transitory, real estate price appreciation will be approximately flat for the remainder of 2022, according to MetLife Investment Management.

This period of inflation is relatively rare compared to other periods of high inflation. On the one hand, commercial real estate investments are viewed as an inflation hedge as values appreciate at the same rate of inflation. On the other hand, cap rates are affected by changes in values, supply and demand fundamentals, and inputs such as commodities, labor costs, and financing availability. Developers, owners, and tenants must consider ways to lock in the cost where they can buy materials, negotiate lease terms, and amend contracts where needed. Many variables can influence property valuations; as such, it’s worth considering each separately, selecting a property that will be profitable and located in a good market. 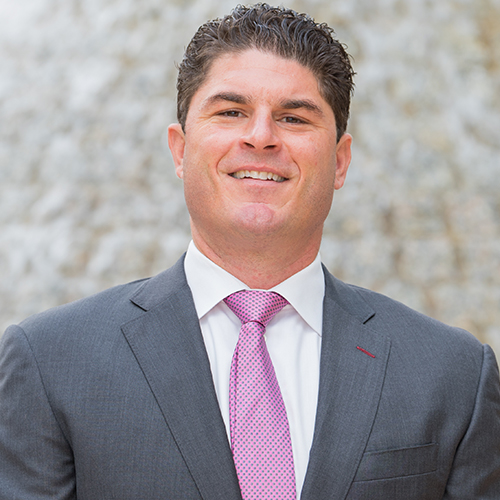